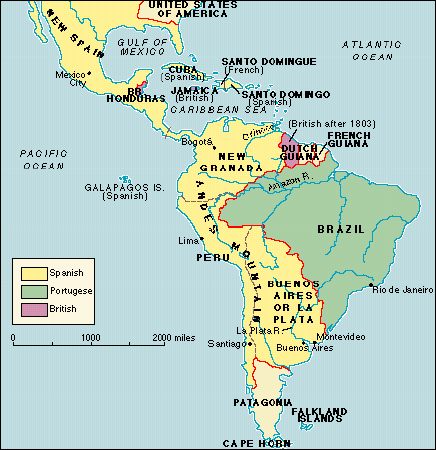 A Webquest is an interactive search for information on the internet. Using the internet, it will be your task to explore the revolutions that sought Independence for countries in Latin American throughout the 19th century. You will be given a series of questions to answer and specific places in which to locate the information. Each section in the taskbar on the left indicates specific questions to be answered or tasks to be completed. On the worksheets you have been given you will record the answers to the questions or the tasks indicated. 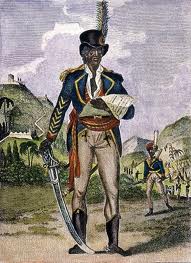 The Island of Saint Domingue had long been a prize in the French empire, and by 1789 it produced nearly 40% of the world's sugar. The island was home to roughly 500,000 enslaved African who outnumbered white plantation owners and free blacks 10-1. In order to maintain control, white plantation owners used brutal tactics to scare their slaves.

When in 1789 Revolution broke out in France, revolutionary forces began to emerge amongst whites, free blacks and different groups within the slave populations. Using the ideas of "The Declaration of the Rights of Man" and other important revolutionary doctrine, would-be revolutionaries on Saint Domingue petitioned the National assembly for autonomy. In response, the National assembly granted the colony power over local government, but the act's vague language led to different interpretations on the island and what had been an independence movement broke into war between white planters and free blacks. The chaos and inspiring events of the French Revolution led to an all out slave revolt. Slave Revolt that began in 1791 was led by a man named Toussaint L'Ouverture and would set the colony and its slave population on the road to independence and FREEDOM!
Go to http://www.historywiz.com/toussaint.htm and read about the Haitian Revolution and answer questions 1-3 in complete sentences.

1. Who was Toussaint L’Ouverture?
2. What did he accomplish?
3. How was he betrayed and what happened to him?

Go to ​https://en.wikipedia.org/wiki/Haitian_Revolution
and read about the Haitian Revolution and answer questions 4-5 in complete sentences. 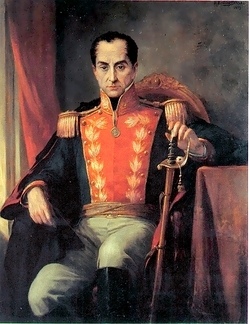 As in France, the Latin American revolutions were caused by several factors. Also as in France the disparity between the small number of people with power and wealth and the poverty stricken masses without political influence provided a situation ripe for revolution. Using the Following ink, identify the social issues that existed in Latin America that led to Revolution.
Go to http://www.historyworld.net/wrldhis/PlainTextHistories.asp?groupid=868&HistoryID=aa87&gtrack=pthc#869 read the page and answer questions 6-8 below in complete sentences.

6. Explain the social hierarchy in Latin America Before Revolution. Include and describe each            of the groups and their respective powers or roles.
7. How could this system alone lead to Revolution?
8. What Actions taken by Napoleon inflamed this situation and why?

Go to http://www.eastchester.k12.ny.us/schools/hs/teachers/reagan/LatinAmericanIndependenceMovements.htm read the page and answer the question below in complete sentences.